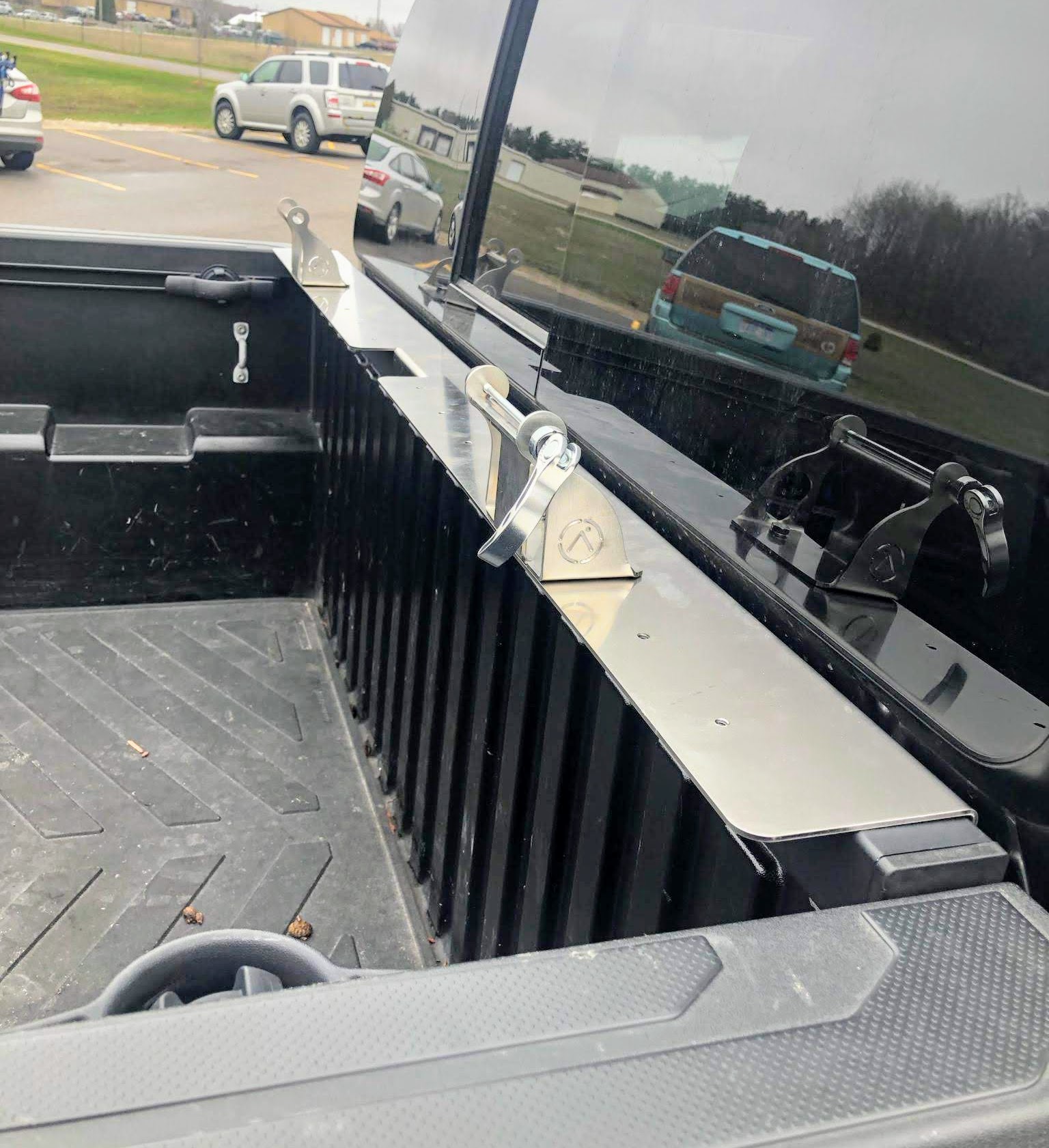 Something new is on the way. Again. We take a lot of pride in being able to make the products you need to store and transport your bike. That mission has pointed us down the inevitable road to fork mount adapters.

The Yankee Springs Time Trial celebrated its 30th edition two weeks ago, with hundreds of riders flocking into the trail head parking lot just south of Grand Rapids. We were, admittedly, a bit turned around. It had been seven years since we last made it south to the race, so you’ll have to forgive us for failing to recall the way to Gun Lake. Google wasn’t being helpful, either; it was showing a spot a solid ten minutes away from the destination displayed by Apple. Those two just don’t seem to get along.

And so, we resorted to the oldest bike race trick in the book; watch for cars on roofs and follow along. Sure enough, as we neared what we hoped was the race start, the road we were on served as a confluence of cars and trucks pulling off of larger highways and headed further south to the race. Those bikes on car tops and in truck beds were the beacon, but they also illustrated just how vital being able to transport bikes of all kinds this way is to cyclists.

We were a pretty good example. In the back of our Volkswagen GTI, we’d gone full-Tetris to fit two bikes, four bags, and all our snacks into the hatch. It was a massive main, made worse only by trying to get all of that stuff out once we arrived. It all looked a bit shambolic, but luckily, we didn’t pull the brakes, close the calipers, bend a derailleur, or scratch up our frames….at least this time.

Upon getting home, I took a long look at my own car. While limited in reliability, the roof rack offered a perfect place to bring bikes along. The problem is, which bike? The stock set-up takes a quick release 100mm, but that covers exactly zero of the bikes that I actually ride. I’d need an adapter for my thru-axle 12x100mm, plus another for my 15x100, plus yet another for my 15x150mm fat bike. And if I want to bring my brother’s bike? That’s a 15x110 BOOST fork. Another adapter. At over $60 a pop, it just doesn’t make sense.

And so, we got to work. Dan quickly knocked out a number of prototypes based off the truck bed QR mounts he’d cooked up last fall. From there, we began to design, cut, and test adapters for all of those tricky widths and sizes. Luckily, we can make these way, way cheaper, with our ultimate goal of offering riders the ability to have at least two adapters ready to rock for under $100.

We’re working out a few final details, but we’re really happy with how these adapters have held up so far. They’re light, tough, and work great with any style of folk or rack mount. Watch for these to hit the store in the next week or so, and let us know; what width or diameter are you looking to pick up for your rack?