There are ‘pain caves’, and there are Suffer Studios. A pain cave can be as simple and haphazard as setting up a bike on a trainer and turning on a fan. To reach studio status, it takes a little more.

When our lead designer, Dan, moved to his new house, he had a lot of work to do. To get it ready for his full brood, there was a sizable to-do list to make everything work for the family. He redid ceilings and bathrooms, finished basements and bedrooms. Even the kitchen got a much-needed update, and all of this to the exacting standards of the head foreman, his wife, Carly.

The project wore on through spring and into summer. By August, things were getting close enough on the house that Dan was able to cast a wishful eye on the real prize. Above the two-car garage was an unfinished loft. When he bought the place, it was full from floor to rafter with stuff, an amorphous globe of detritus that was always destined for the dumpster. Even while continuing work on the house, he was planning to turn that loft into the ultimate sports space.

It wasn’t until fall that he was able to get to the real project, and he went after it with a mix of urgency and enthusiasm. In northern Michigan, winter can come at any time, and Dan wanted it done and dialed in before the snowflakes flew. That, combined with ample training time (and work and family and the Iceman Expo) made for frenetic pace all through fall, but Dan is as tireless a worker as they come. From a bare shell to a stunning studio, the transformation came together just in time for a freak snowstorm. With the trails ungroomed and only a few good days of skiing, the studio proved its worth.

It might be fitting that the workbench’s first real task of the off-season was some very in-season ski waxing. That freak storm dumped over a foot of snow in Traverse City, and Dan was quick to set up The Wax Station to get his planks ready. Since it’s mostly winter right now, the family’s skis have prime of place near the doorway, with the fleet of bikes shifted around the corner. All of those mounts are mobile, so it’s easy to shift things around by need and by season.

Dan would be the first to admit that riding the trainer is a necessity, and for him, not one that has struck quite yet. It’s set up now, but wasn’t ready to rock for the photoshoot. Don’t worry, we’ve got about seven months to show you where that fits into the scene.

Get your studio started with the right mounts and tools from up.bike. Need help putting it all together? Let us help!

Check out the full gallery here. 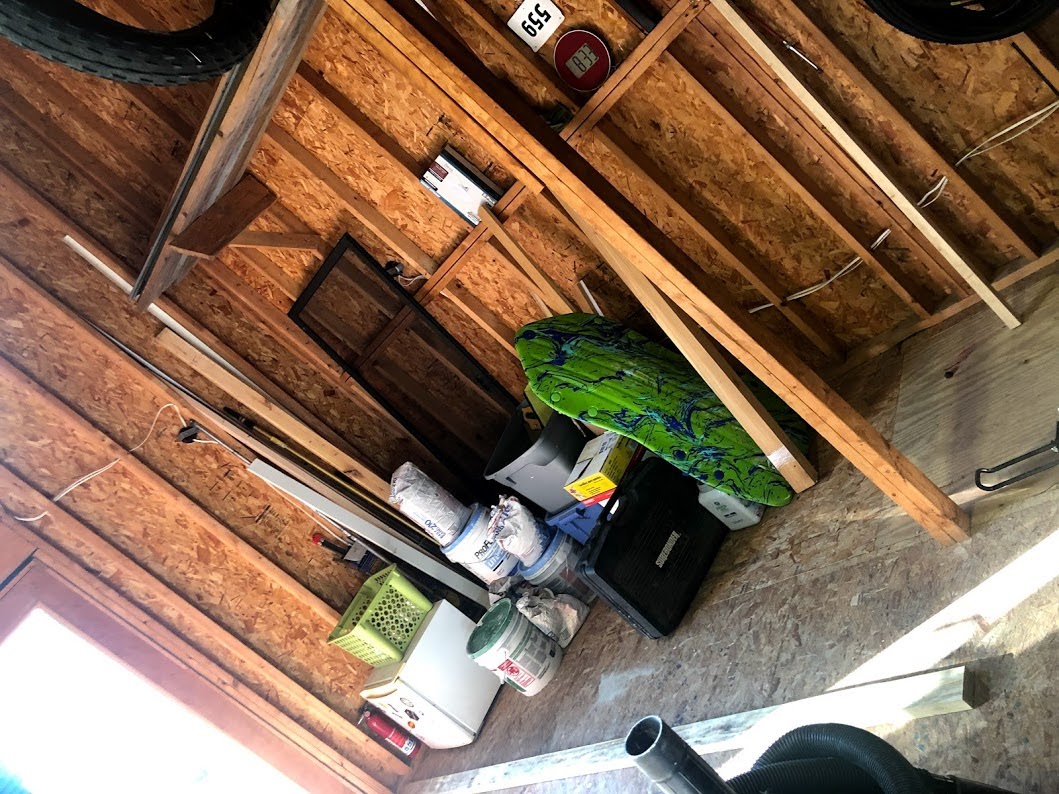 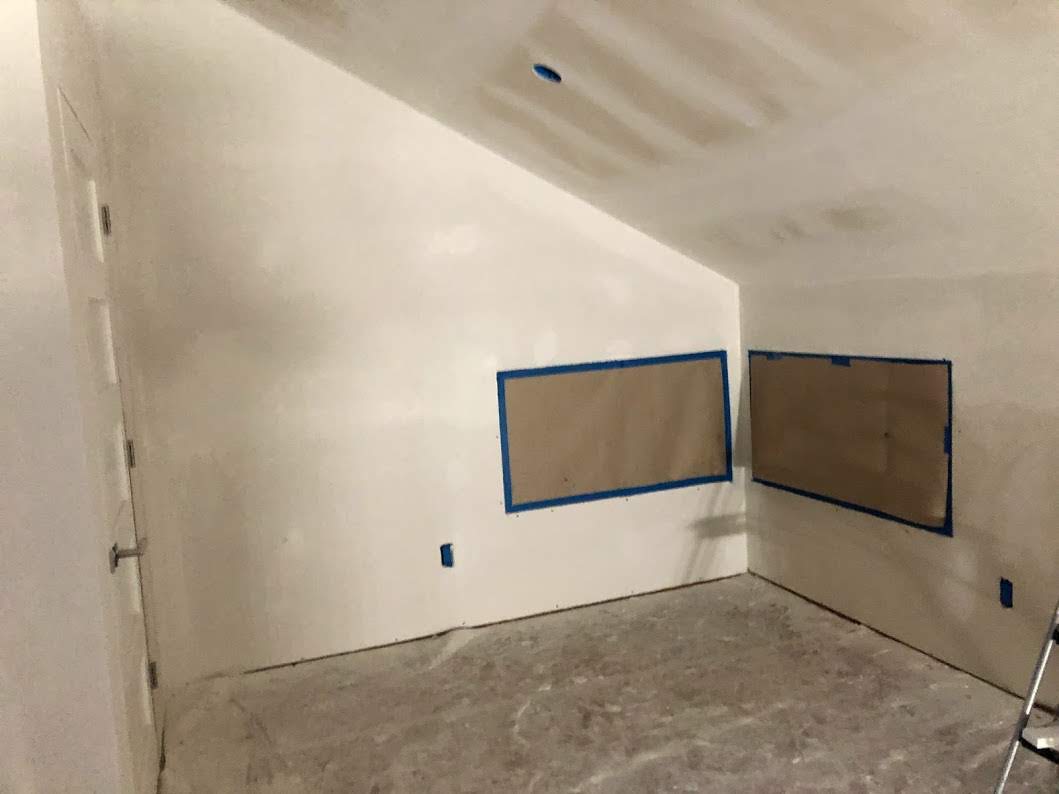 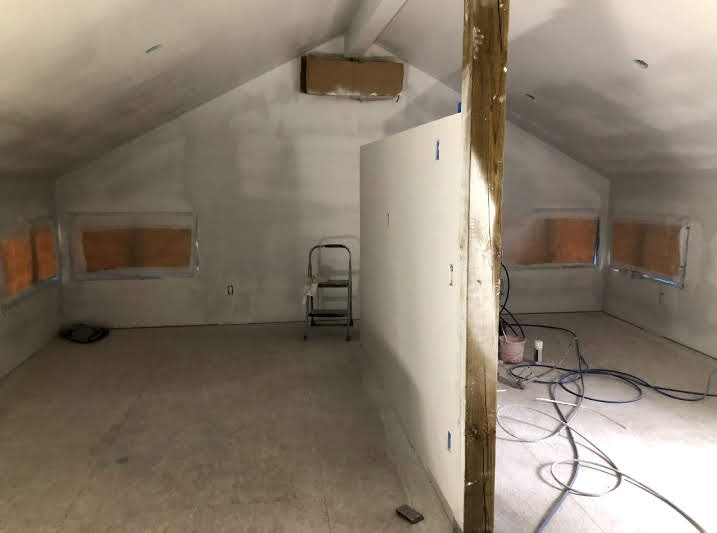 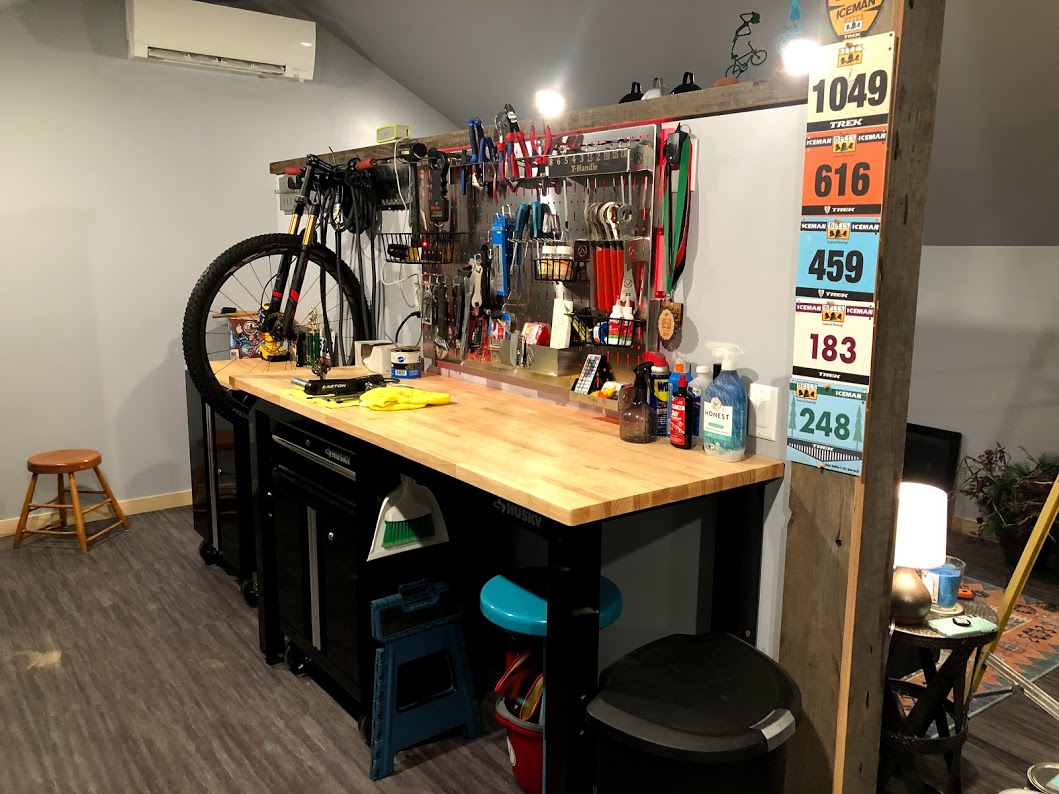 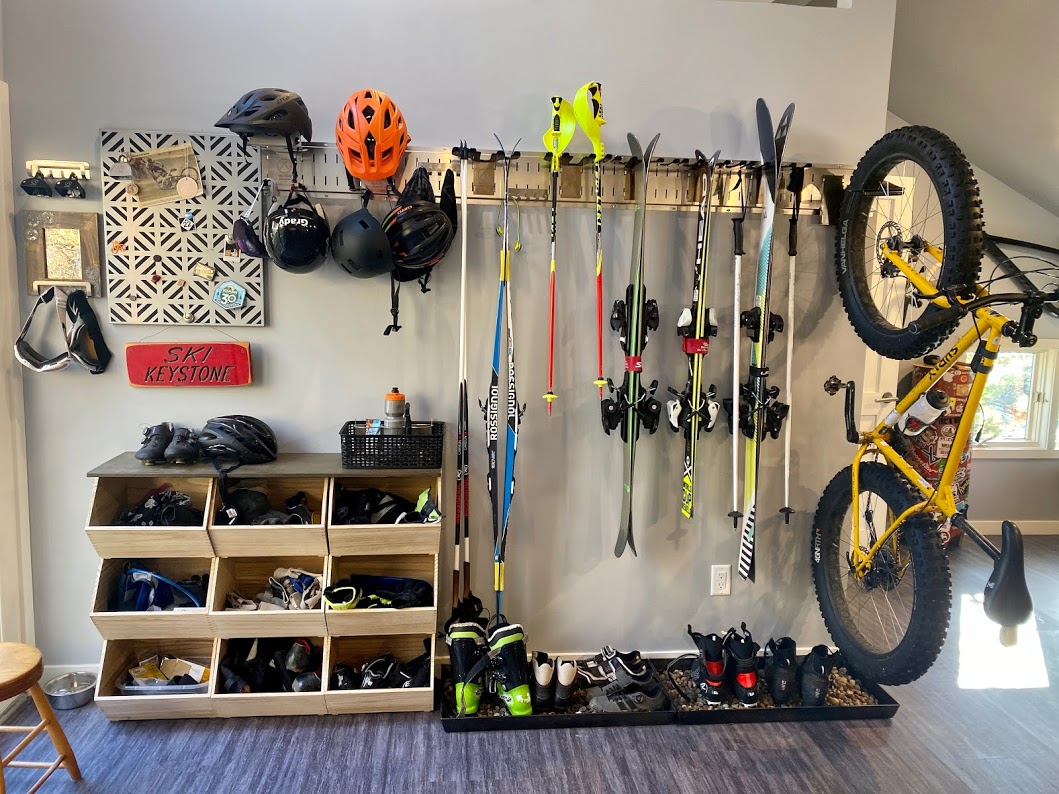