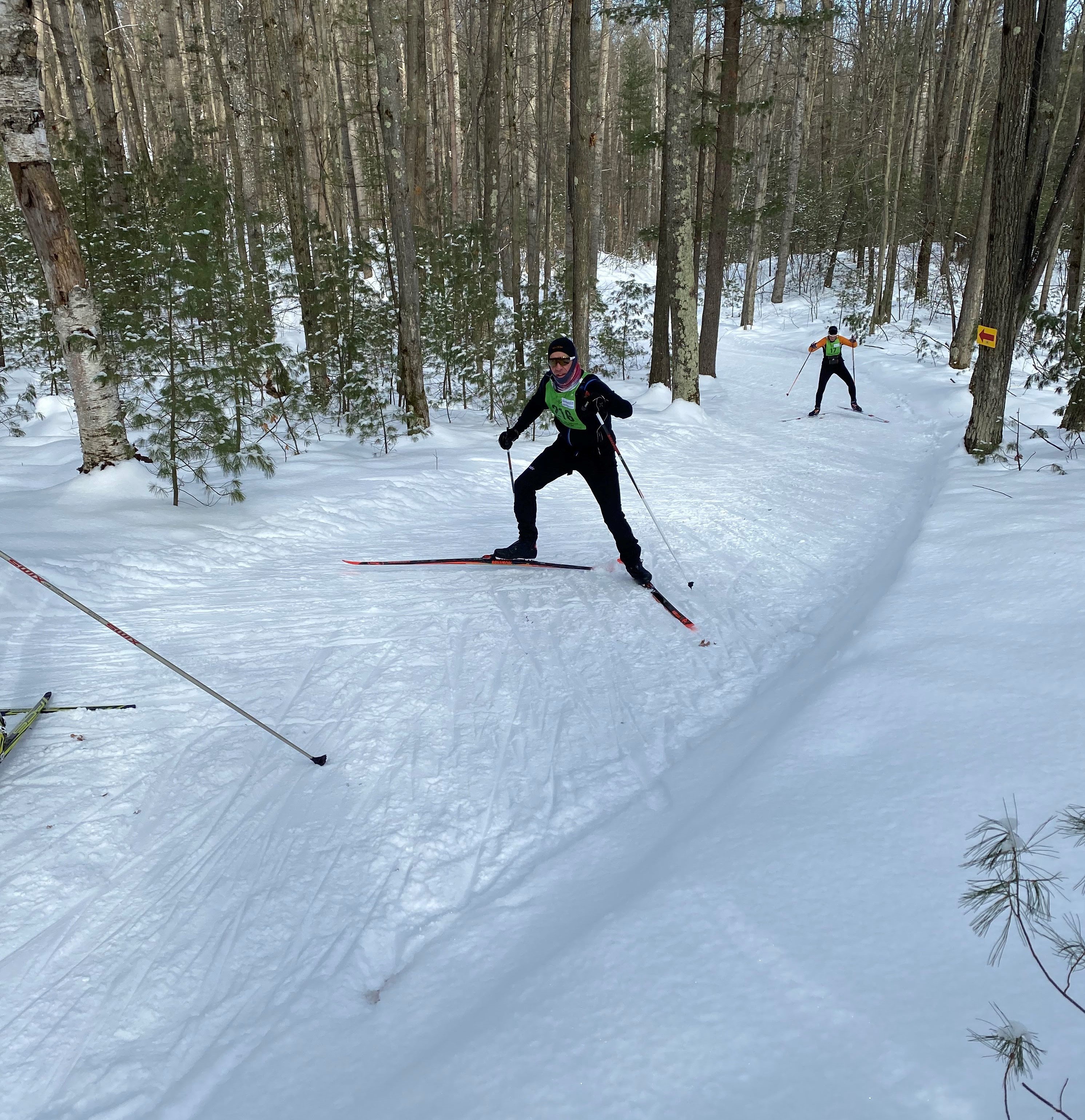 DISCLAIMER: Nothing that follows here should be misconstrued as science. We know this isn’t a fair, balance, equal, or accurate study. Still, we’ve wanted to take a look at how cross-country skiing and cycling sort of compare, and after this past weekend’s North American Vasa, we have enough sample data (one ski race) to compare against a similar ride.

Our own Dan Ellis took on his first-ever ski race this past Saturday, and he didn’t show up for the short one. Skipping the 12km and 25km, he jumped right into the deep end of the pool without his swimming wings for the full-on 50km. He finished with a really quick time of three hours and thirty-four minutes, so we dug DEEP into his Strava to find a similarly-long, similarly-tough ride to compare.

The ride we dug up was ten minutes shorter, but it had the closest average heart rate, 139 bpm compared to 144 for the Vasa. What we wanted to compare was how hard each effort is on the athlete, and while we can’t account for variables like accelerations or wind, we’ve sort of decided that, over a three-hour-plus window, those all sort of balance out.

Perhaps the biggest limitation with our comparison comes from just how specific each activity is, and how specific Dan’s body has made adaptations to his main sport, cycling, and a relatively brief few months of skiing. Cycling is one of the most efficient types of exercise because it focuses primarily on a massive muscle group, legs and glutes, and builds primarily slow twitch muscle in the process. This allows for incredibly concentrated muscle adaptation, which is exactly why very fit and fast cyclists hobble around when trying to run and can barely lift up a gallon of milk unless they’ve done some cross-training.

Alternatively, cross-country skiing is a decidedly full-body pursuit, using not just big muscle groups in the lower body but many smaller, stabilizing muscles as well. Core, back, arms, and even the neck take on much more load for powerful skiing. We originally guessed that skiing would lead a higher energy expenditure as a result.

However, it appears that the more frequent power spikes cycling drove up the total energy use on the bike, while Dan’s super-steady, tempo effort on skis kept the overall caloric burn lower. Still, the totals are very much within a margin of error. Dan burned 2,005 calories on the bike and 1,779 on skis. His peak heart rate riding was 177, near his max, while his peak effort on skis was slightly slower, at 170 bpm.

All of the information we’ve got shows that a good cyclist can cycle harder, but cross-country skiing offers an extremely effective and largely similar form of training in the winter months. With a few more seasons under his belt, it would be interesting to see just how close Dan can drive his skiing numbers towards his cycling output, and to see how his improvement in technique allows him to become more and more efficient over three hours or more.