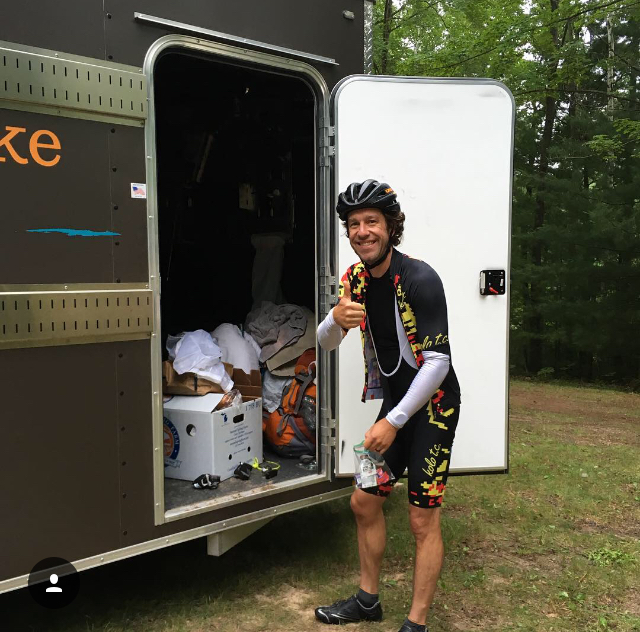 Like so many events, this year’s Less Cancer Bike Ride isn’t happening in its normal form, but the mission of cancer prevention rolls on!

For the past two years, we’ve supported Less Cancer by being a part of their annual fundraising ride. Known as the Less Cancer Bike Ride or, due to its ambitious length, Split the Mitt, the ride included two days, nearly three hundred miles, and cyclists from all over the country came together to support Less Cancer. The organization works in forty countries around the globe to support cancer prevention. From diet and lifestyle to access to healthcare and education, it’s a mission that never takes a day off and a message more individuals and families need to hear.

Getting that many riders and support staff together just isn’t safe right now, especially if we’re hoping to follow the guidelines currently in place in Michigan. But rather than give up, we’re rolling out a new idea. Instead of loading up our Team Bicycle Hauler with twenty bikes and plenty of gear, we’re staying put, riding from home, and riding solo, but still joining cyclists from across the country to pedal the path to prevention.

The Alone But Together Bike Ride is a virtual event that invites riders to ride a single mile or one hundred, and anything in between. Ride inside or out, on the road or in the woods, or anyway that gets you moving to support the types of healthy, active lifestyles that can make such a big difference in total health, plus reduce your risk of certain types of cancer.

Already, dozens of riders have signed up, and the event is well on its way to hitting its ambitious goal of $200,000. Those funds support vital programs, plus play a big role in putting on the National Cancer Prevention Workshop each February in Washington D.C. Every rider and every mile makes a difference, and we’re proud to help get the word out to people like you who appreciate all the benefits a bicycle can add to your life.

To sign up, head to here. You’ll be able to sign-up to ride, create a team and recruit your pals to raise money, or donate to riders already committed to the cause.