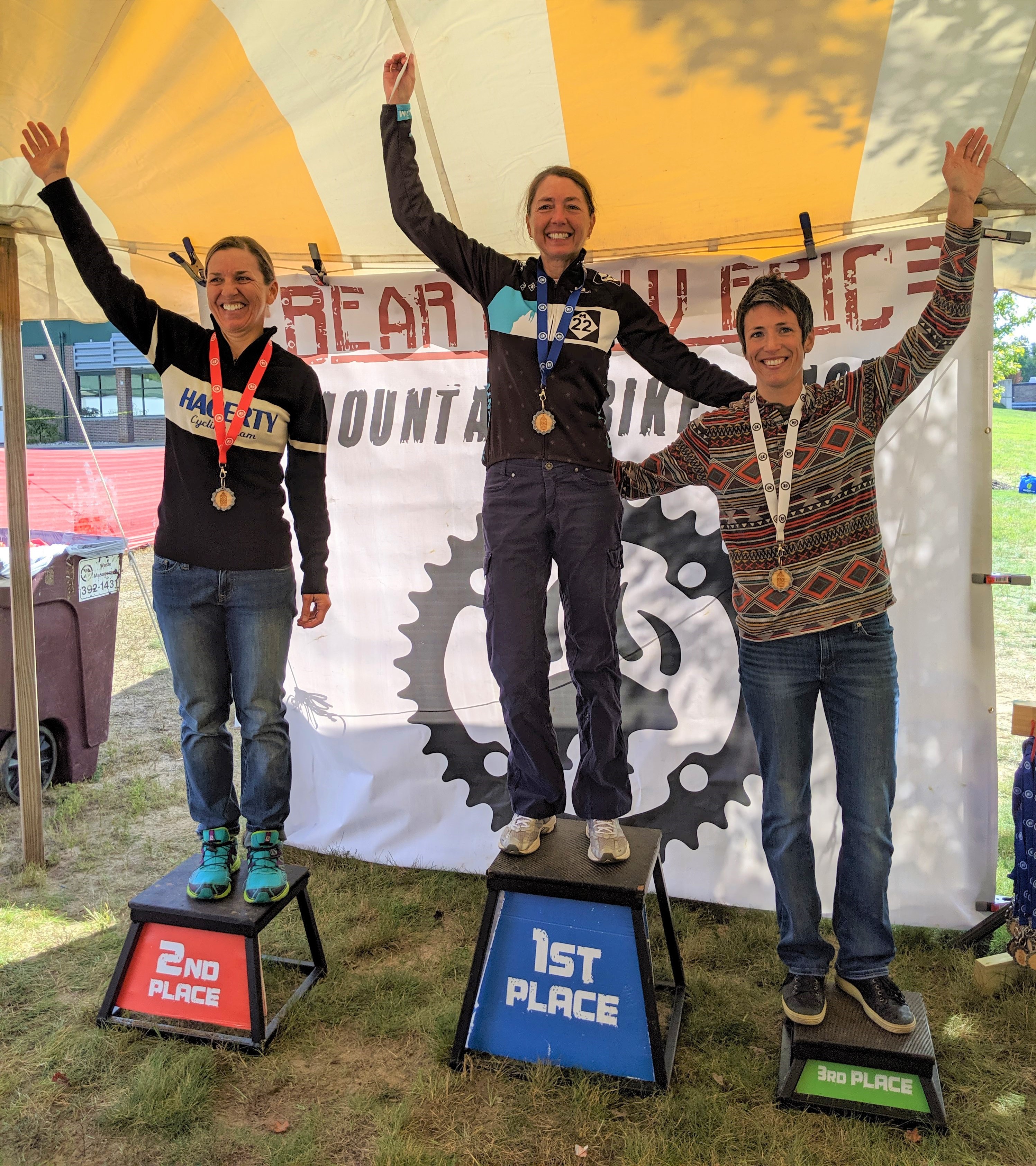 That’s what this sport is all about. The fifth edition of the Bear Claw Epic felt as fresh, as fun, and as fast as the first. We wouldn’t miss it for the world.

This past weekend, the final race of the three-event Northern Michigan Mountain Bike Association Trail Series wrapped up at the Cadillac Pathway. The Bear Claw Epic saw a huge field and some perfect September weather for a full slate of racing. With the Beginner classes starting at 9:30 and Elites at 12:15, it was a very full day. Luckily, these race organizers think of everything, and that includes plenty of cookies, pizza, and doughnuts to keep the masses happy...or at least well fed.

And that’s the sort of thing that has seen this race become a favorite in our neck of the woods. It’s a fun, accessible, and it’s challenging for everyone. With four different distances and a six miles lap, it’s a race that’s really built around an ability to dial in the right fit for any kind of rider. That’s a big reason why you see a lot of racers make this one of their biggest targets of the season; no matter what their goal is, there’s a distance and a category that is both tough and doable.

As always, the bright spot for us was seeing all the kids on course. The Norte Youth Cycling crew were out in force, with a dozen of so riders sprinkled between the Beginner and Sport classes. This is a group of kids that really grew with the Norte organization, and it shows. One Norte rider was the fastest Sport rider of the day, Drew Cummins, while another gave Norte its first Elite level podium ever. Kyan Olshove is one of the leaders of this group of kids, and his success proves that giving kids a team and a community is what it takes to keep them on bikes.

With a great turnout, this was one of the biggest years for the Bear Claw Epic, and all racers can feel good about it. Proceeds for the event go to the Cadillac Pathway, and with the Pathway slated to add eleven miles of new trail, it’s going to go to good use. The Pathway is also looking to up their grooming game this winter, and a portion of the race proceeds will go to help supplement grooming badge sales that power the winter’s trail maintenance.

A big thanks, too, to everyone who stopped by the AdventureHub and chatted about the goods. Your next chance to check out our full line-up of mounts and accessories will be on Friday, November 1 at the Iceman Cometh Challenge Ice Cycle Expo. It’s the biggest show of the season in northern Michigan, and we’ll have some cool stuff to unveil, too!

Until next year, thanks for an awesome Saturday. If you want to say thanks, consider making a donation to the Cadillac Pathway here.